The Donovan Group serves as a dedicated partner for school districts considering a referendum. We believe that a clearly planned and well-executed bond or referendum effort can bring together a community around public education and boost the level of trust community members have in their local schools. 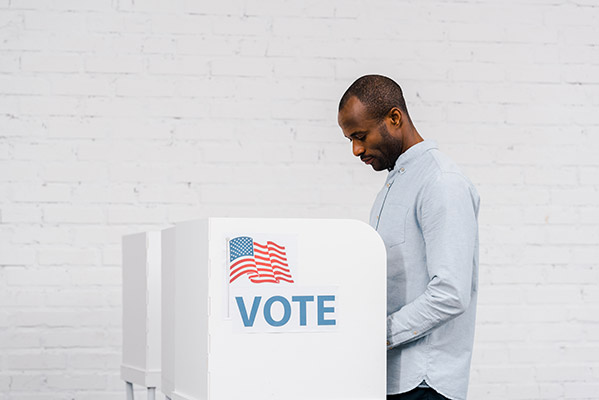 Our services include all facets of school referendum assistance, planning, and execution—from start to finish.

As a rule, we believe that referendum success is about more than just voter approval of the question on the ballot. We believe that a well-done bond or referendum effort is one in which trust is built in the community and the level of dialogue about educational issues is lifted.

Defining success in this way is important because it dramatically changes the strategies and practices a district uses in advance of a referendum. We believe in telling the truth, operating with integrity, and seeking to engage every single community member in the district's needs and the solution voters will see on the ballot.

After creating a communication strategy for the district’s referendum effort, our team will get to work developing a wide variety of content, graphic design pieces, and other deliverables. These include:

We use a variety of strategies and tactics to reach all members of your community, including those who may not have a direct connection to your schools.

Following a 41-point rejection of a referendum to authorize the Howard-Suamico School District to override its state-imposed revenue limit, the district engaged the Donovan Group as a partner in planning and executing a new referendum campaign. Preliminary research included a staff survey and two community surveys that informed a shift in messaging, ballot language, tactical communications and the formation of a new referendum question. The district engaged a Community Task Force to assess needs and recommend a course of action, and their work informed strategic finance decisions, ballot language and the campaign communication plan. The campaign achieved the district’s goals of rebuilding trust with staff, residents and media, and of winning support for the comeback referendum. Evaluative measures demonstrating its success included the referendum passing by a 58.6% - 41.4% margin and a post-referendum survey of staff, where 90% of respondents agreed or strongly agreed with the statement, “I trust the district’s leadership.”

In 2020, a referendum question to address many of Lemont-Bromberek School District 113A's (Illinois) most pressing needs was presented to the community in the general election. That referendum was rejected by voters 53.9% to 46.1%. Working with the Donovan Group, the district leaders and the board evaluated various options and placed a new referendum question on the ballot the following April. This question met the same goals as the previous question. New efforts were made to connect with voters during the COVID-19 pandemic, including through the use of a robust door-to-door canvassing effort. Just four months after the first vote, the second referendum passed with 71.5% support.

In 2014, a bond vote for a new high school failed. The district spent the next several years listening to the public and reviewing alternative solutions before hiring the Donovan Group in 2018 to assist in the communications campaign for a new high school. The Donovan Group engineered a community survey and created a high volume of fact-based content that was shared across the community. In addition, the Donovan Group produced a series of testimonial videos from community members who spoke to the need for a new facility. The $69.9 million bond vote in 2019 passed with 65% support.

Get in touch to learn more about our school district referendum and bond communication services.